The island of Crete holds an entire world in itself, a world always ready to celebrate and cheer, to feast and dance during national holidays, religious celebrations, cultural events and festivals. Let’s take a tour to the best events in Crete and celebrations so as to arrange your visit in Crete according to the event or events you wish to attend.

Every year, usually in February, the carnival is celebrated throughout the island of Crete with parades, music, dances and drinking. The biggest carnival parade takes place in Rethymno along with several other events that go on for a three-week period like treasure hunts for children and adults, masquerade parties and various competitions. The parade of Shrove Monday in Rethymno with more than 8000 participants is also celebrated with traditional dances, local Lenten food and drinks. Other places where Shrove Monday is greatly celebrated are the areas of Crousona, Armeni, Vamos, Agia Varvara, Aptera, Melambes, Meronas, Nerokouros, Souda, Vatolakos, Zaros, Agii Deka and several more areas within the island.

Usually celebrated in April by both Orthodox and Catholic alike, Easter is one of the most distinguished religious festivals in all of Greece. A series of rituals take place during the Holy Week while, the Resurrection is celebrated on Saturday with fireworks and everyone feasts on roast lamb and local drinks on Easter Sunday and Monday. On the day after Easter the cultural club of Mothiana-Skiafotou also celebrates Easter by inviting all residents at the Table of Love and a great feast is enjoyed by all in the central square with red eggs, Easter dishes and of course roast lamb along to Cretan music in Glossa, Kolymbari. The night of Easter Sunday visit the area of Agios Nikolaos and gather around the lake with the locals holding candles to watch the burning of Judas along with fireworks. The same ritual also takes place in Rethymno where Easter is celebrated to the fullest with traditional kalitsounia, red eggs, Easter tsoureki and a vast variety of traditional dishes. The Resurrection of Christ is also rejoiced with great devoutness in Toplou Monastery. On the second and third day of Easter, the celebration continues with the orange festival in Skines, Chania with traditional dances and songs.

The Battle of Crete

The commemoration of the Battle of Crete during WWII is one of the greatest events in Chania featuring a series of athletic competitions, ceremonial events and folk dancing. This festival takes place in May at Maleme, just outside Chania where the original battle was fought.

Several religious and cultural festivals are held throughout the island during the summer months. Attend the summer festival of Chania taking place from May to September at the Old Harbor as well as the old and new city of Chania and enjoy various performances, folklore concerts, dances, exhibitions, plays and fairs. Some of the summer festivals are dedicated to local products such as the Potato festival in Tzermiado on the Lasithi plateau, the Pottery Festival at Thrapsano, Heraklion, the Wine Festival in Dafni in Heraklion, the Citrus fruits festival in Garazo, Mylopotamos and the Shepherds with their cheeses festival in Zoniana. The summer festivals are also big in the city of Heraklion with a series of theatre, music, dance performances and visual arts exhibitions taking place at Nikos Kazantzakis and Manos Hatzidakis theaters. Other summer events that stand out are the wine festivals at the end of July in the National City Park of Rethymno and in Kastelli village at the beginning of August welcoming visitors to taste the finest locally produced along with wine, traditional music and Cretan dances.

A different type of festival takes place during the first half of August in the old city of Chania attracting rock music lovers from around Greece. The Chania Rock Festival features various Greek and foreign performers, upcoming artists and rock bands that add a different groove to the summer.

The Renaissance festival of Rethymno is celebrated for two weeks in July with theater and dance performances, music concerts, art exhibitions, visual arts and other happenings in Erofili theater located in the Fortress as well as the Neratzes Mosque.

An established event taking place in the village of Anogeia on the slopes of Psiloritis for three days in July. The event honors the Saint of Love or else Aghios Hyakinthos with feasts and celebrations. This particular event is prepared with a different theme each year all blending to the Cretan tradition, music and heritage.

The Cretan Diet festival is celebrated in the city of Rethymno on the first week of July promoting all locally produced products while celebrating Cretan food and the legendary Mediterranean diet.

The Lato Cultural festival is celebrated in July and August in the city of Agios Nikolaos. It is a great fair featuring a number of local concerts, international musicians, folklore madinades contests, folk dancing, art exhibitions and theater plays.

The Houdetsi festival takes place every year for 4 days in August in the village of Houdetsi situated approximately 23 km from Heraklion. It is a unique festival blending all kinds of music from around the world with the heritage of the Cretan land.

The month of August is considered to be the month of festivals as you may find celebrations taking place almost every day in several areas of Crete. The most celebrated day of the month is the 15th of August dedicated to the Dormition of Virgin Mary. The city of Chania is filled with festivities on August 15th especially in the main monasteries of the area where guests can enjoy feasts, drinks, folk music and local dances. In Lasithi the Dormition of the Virgin is greatly celebrated in the scenic Byzantine church of Panagia Kera in Kritsa. August 15th is also greatly rejoiced in Neapolis, Mochos, Paliani, Cardhiotissa and Hodhigitria, Therisos, Palaia Roumata, Kefalas, Pemonia, Meskla, Loutraki, Voulgaro, Gonia, Pemonia, Fre, Kolibari, Hrisoskalitisa Orthouni, Exopolis, Platania, Kefalas, Vamou, Kalikratis, Koustogerako, Litsarda, Alikabos and Kalives.

The Chestnut festival is celebrated every year in October in a verdant landscape filled with chestnut trees in the village of Elos near Kissamos in the west part of Crete. It is a weekend event attracting visitors to enjoy some of the chestnut produce along with traditional folk music, dancing, eating and drinking.

The local drink of Crete is greatly celebrated between the months of October and December. Raki distilling is the process turning grape-must into raki, a process that has become a very sacred ritual for the locals. The actual festival of Raki Distilling takes place at the area of Kazania, around the actual stills and it is accompanied by a feast with traditional products, Cretan specialties, local wine and of course fresh raki.

On December the 6th a great celebration is held in the homonymous town of Agios Nikolaos honoring the patron saint of the town who is also the protector of seamen. Get ready to be mesmerized by the majestic atmosphere created by the small boats that sail along the shore all adorned with lights.

With so many events and festivals in Crete it is really difficult to decide which ones to attend when visiting. So, depending on the period you decide to visit the island, check out the local festivities and fairs and add an extra cheer to your holidays by attending one of the top events in Crete listed above. 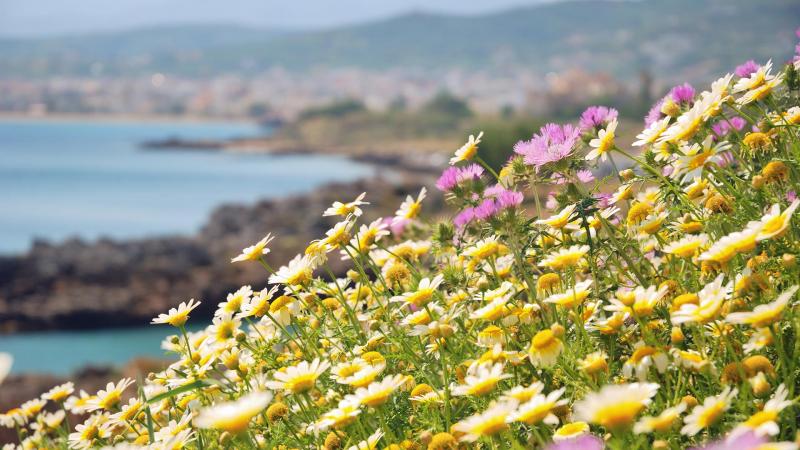 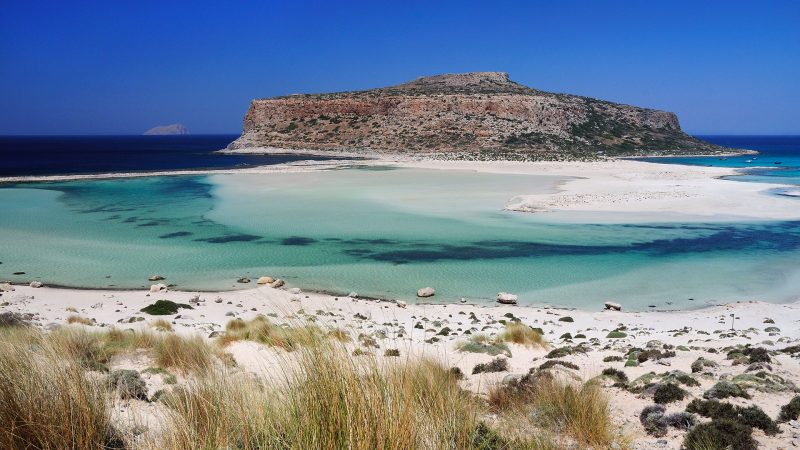 Discover the best landmarks of the Cretan Nature 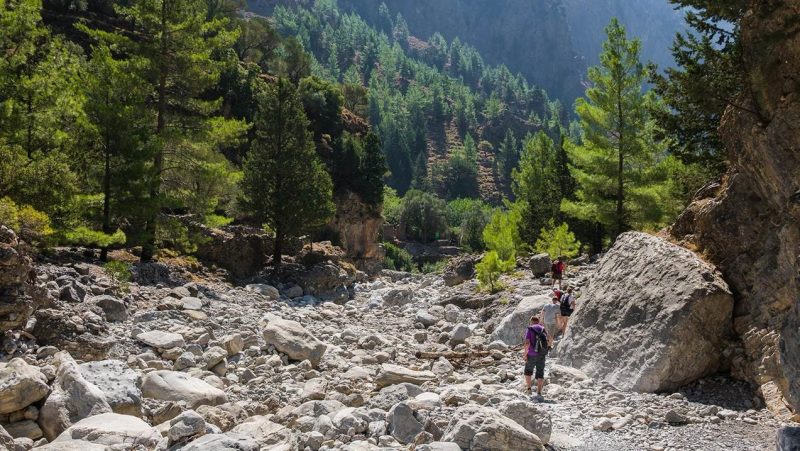 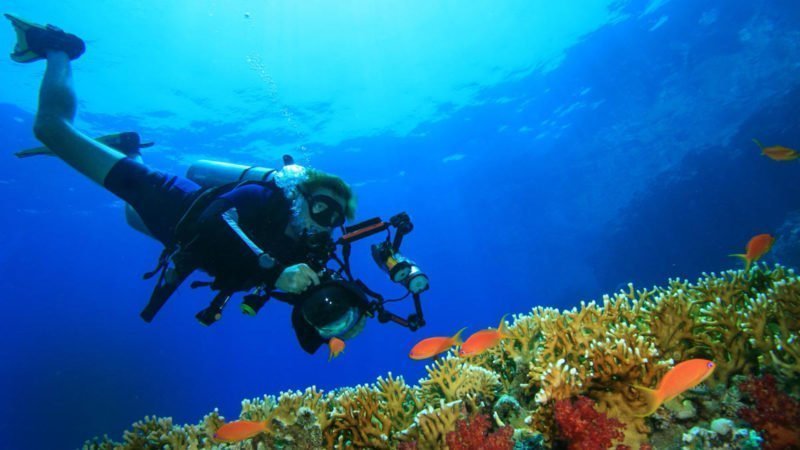